Julie A. Dill has a wealth of experience in the energy sector, having served in a number of executive capacities in the natural gas and power industries. Most recently and until her retirement in 2017, she served as the Chief Communications Officer of Spectra Energy Corp. from 2013 until completion of Spectra's merger with Enbridge, Inc. in the first quarter of 2017.

Previously Ms. Dill served as the Group Vice President of Strategy for Spectra and the President and CEO of Spectra Energy Partners, LP from 2012 until 2013, and prior to that she served as President of Union Gas Limited in Ontario, Canada from 2007-2011. Over her career she also served in various financial and operational roles with Duke Energy, Duke Energy International and Shell Oil Company.

Ms. Dill currently sits on the boards of Rayonier Advanced Materials and Sterling Infrastructure where she serves as a non-executive director. She also sits on the board of Tri-Cities Chapter of the National Association of Corporate Directors. In addition, Ms. Dill sits on the Advisory Board for Centuri Group, Inc., is a member of the Advisory Council for the College of Business and Economics at New Mexico State University and participates on the Community Relations Committee of the board of Memorial Hermann Hospital in Houston, Texas.

Ms. Dill was named as one of the most powerful businesswomen in Texas in 2016 and was named to the 50 most powerful women in oil and gas in both 2014 and 2015. She was also named the Ontario Energy Leader of the Year in 2010 as well as the Distinguished Alumni for the College of Business at New Mexico State University that same year. She was named to the College of Business Hall of Fame in 2000 and was named one of the top 50 Women in Energy in 2002. In Australia she served as a Governor with the American Chamber of Commerce and was a Member of the Executive Committee for the Australian Pipeline Industry Association.

Ms. Dill holds a Bachelor of Administration degree from New Mexico State University and is a graduate of the Harvard Business School Advanced Management Program. She is Director Certified by the National Association of Corporate Directors. 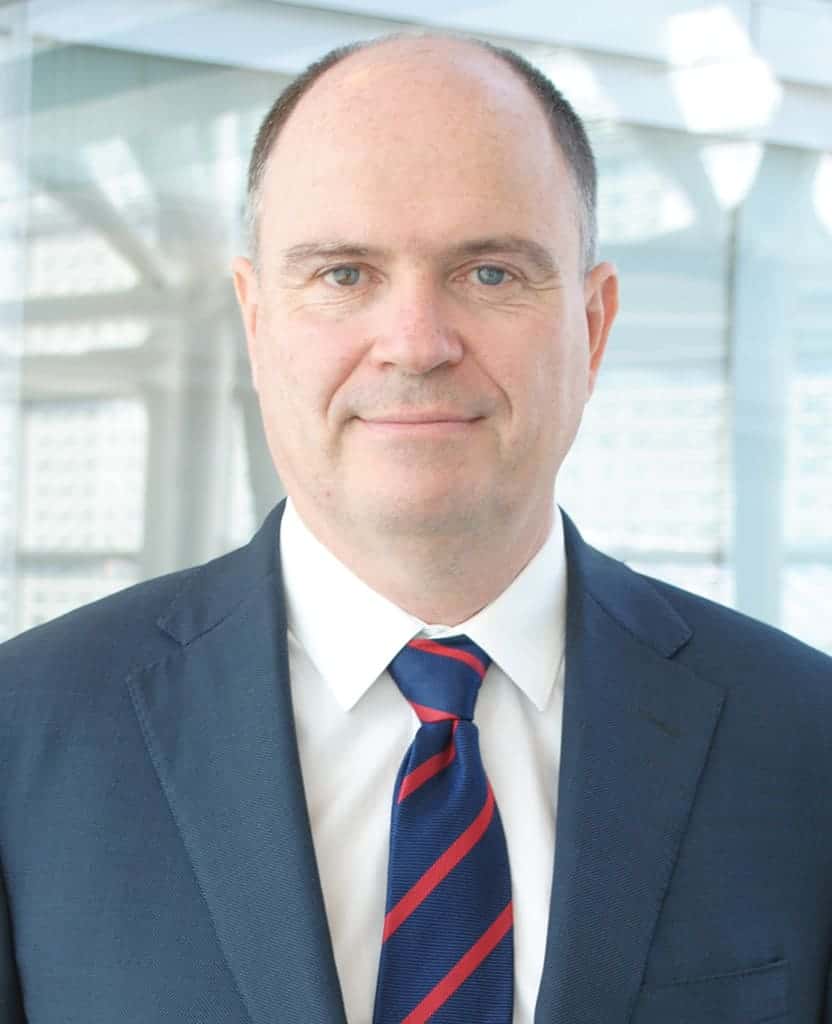 Mr. Renaud Faucher joined Caisse de dépôt et placement du Québec in 2006. He is currently Managing Director, Infrastructure, where he is responsible for the management of infrastructure investments in North America. From 1986 to 1990, Mr. Faucher worked, as an engineer, on the construction of infrastructure projects in Canada and Europe, including the Channel Tunnel project. From 1992 to 1998, Mr. Faucher worked on the financing and management of independent power plants across Canada.  From 1998 to 2006, he held different positions within wholly owned international subsidiaries of Hydro-Québec as Director Investments, Vice President Finance and Vice President Risk Management.

Mr. Faucher holds a Bachelor's in Civil Engineering from École Polytechnique de Montréal, an MBA from Concordia University and a DESS (specialized graduate diploma) in Accounting from ESG‑UQAM. He is a member of the Ordre des Ingénieurs du Québec, of the Ordre des CPA du Québec and of the Institute of Corporate Directors (ICD). 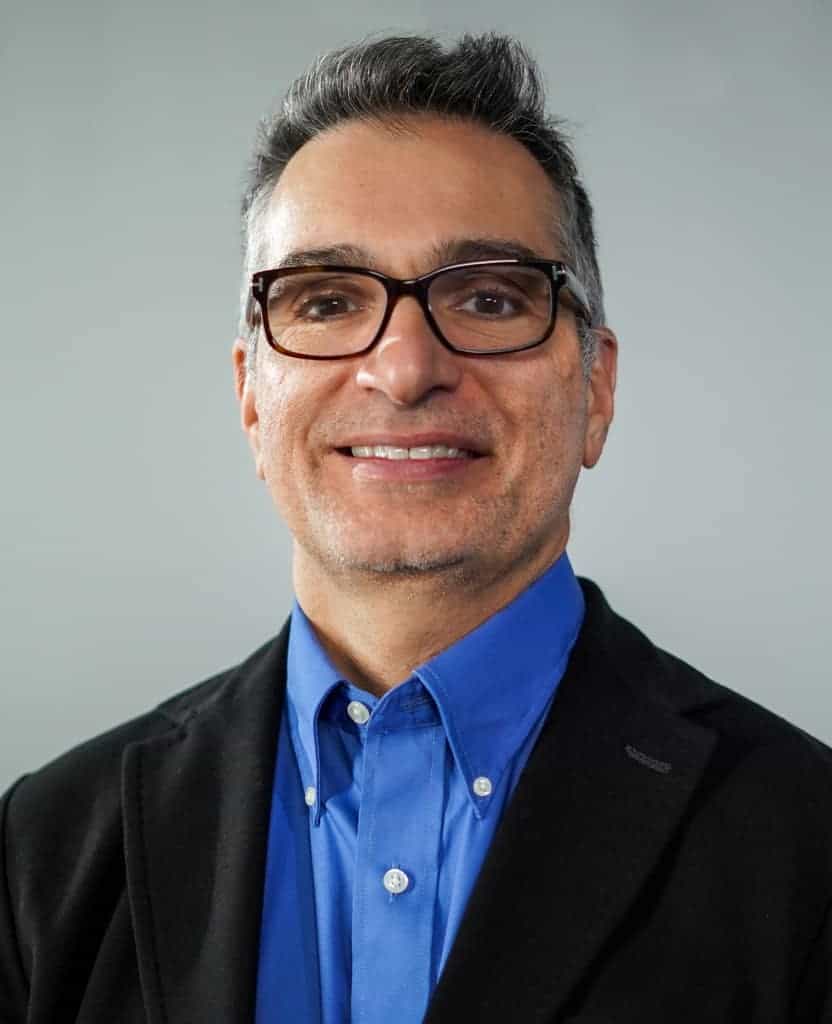 Fady Mansour joined Caisse de dépôt et placement du Québec in 2020 and is currently a Senior Director in the infrastructure group. Fady also serves as Chairman of the Audit Committee for Southern Star. He brings extensive experience in strategic planning, merger and acquisitions from identification to integration, project development, and deep financial expertise to the board.

Prior to joining Caisse de dépôt et placement du Québec, he spent over 20 years in several senior management functions at Canadian National Railway Company (CN). CN is the largest freight railway in Canada, one of the largest in North America, and the only railway that reaches all three North American coasts (Pacific, Atlantic, and Gulf of Mexico). He held senior management roles in the Corporate Strategy and Innovation group, Business Development group, and key financial roles in the Financial Planning and Financial Reporting groups. He holds a Graduate Diploma in Accounting from Concordia University and is a CPA. Jeff Murphy joined Ullico in 2009 as a Managing Director and Portfolio Manager of the Ullico Infrastructure Fund. Mr. Murphy has 21 years' experience in infrastructure development, finance and principal ownership. Mr. Murphy completed Ullico's investment in Rialto Water Services, a 30-year concession for Rialto, California. He has also finalized investments in the renewable energy sector as well as conventional power generation and the electrical transmission sector. Prior to joining Ullico, Mr. Murphy was a senior member of Deutsche Bank's alternatives investment group investing in infrastructure assets in North America and Europe. In this role, he was actively involved in the acquisition and development of its infrastructure investment portfolio.

Before joining Deutsche Bank, Mr. Murphy spent seven years at Bechtel Enterprises. During that time, he worked in the United Kingdom and worked on a range of infrastructure projects in Europe, including the largest public private partnership ("PPP") in the world, the $10 billion London Underground PPP. He also served as the asset manager for the Cascade Station PPP in Portland, Oregon (one of the first public private partnerships in the United States).

Prior to his work at Bechtel, he was a privatization advisor in emerging markets for Barents Group of KPMG as well as a management consultant for Andersen Consulting. Mr. Murphy holds an M.B.A. from Harvard Business School and a bachelor's degree in applied mathematics from Northwestern University. 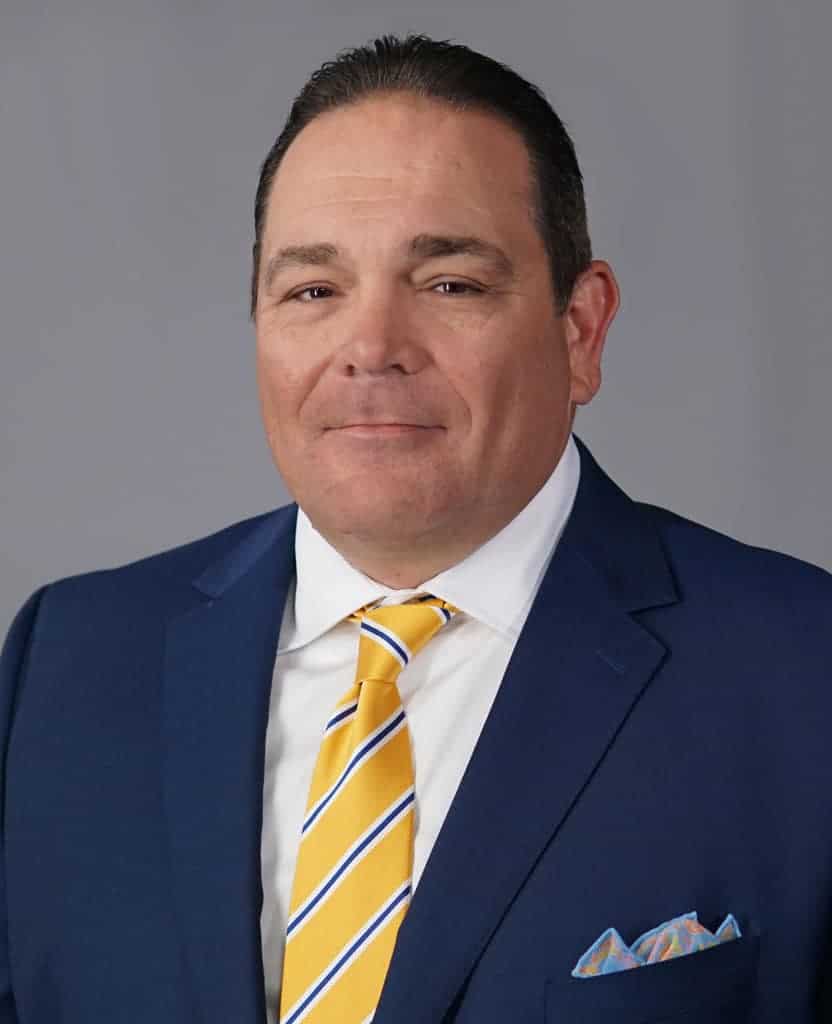 Mr. Patterson has over 27 years of industry experience with a passion for building strong teams, safety culture, growth platforms and optimizing organizations’ capabilities. He is a driven executive leader and takes pride in team success. Mr. Patterson has been recognized by industry associates for his innovative approach to business solutions.

Mr. Patterson received his undergraduate degree from Rose-Hulman Institute of Technology and an MBA from the University of Notre Dame. He serves on the boards of the INGAA Foundation, ONE Future, Southern Gas Association, Wendell Foster, and the Regional Water Resource Agency (Wastewater Services for Owensboro & Daviess County, KY). Prior to joining CDPQ, she most recently served as President of TotalEnergies Marketing Canada Inc. (Quebec) and Country Chair for TotalEnergies for Canada. Before this, she served as President and Country Chair for Total Luxembourg SA, leading the team in all distribution activities. She also served as a board member for the Luxembourg Petroleum Industry Association.

Mr. Patterson has over 27 years of industry experience with a passion for building strong teams, safety culture, growth platforms and optimizing organizations’ capabilities. He is a driven executive leader and takes pride in team success. Mr. Patterson has been recognized by industry associates for his innovative approach to business solutions.

Mr. Patterson received his undergraduate degree from Rose-Hulman Institute of Technology and an MBA from the University of Notre Dame. He serves on the boards of the INGAA Foundation, ONE Future, Southern Gas Association, Wendell Foster, and the Regional Water Resource Agency (Wastewater Services for Owensboro & Daviess County, KY). Chris received his undergraduate degree from Vanderbilt University and continued to George Washington University to earn his Master of Arts and Juris Doctor with Honors in 1994. Chris serves on the board of the Interstate Natural Gas Association of America. 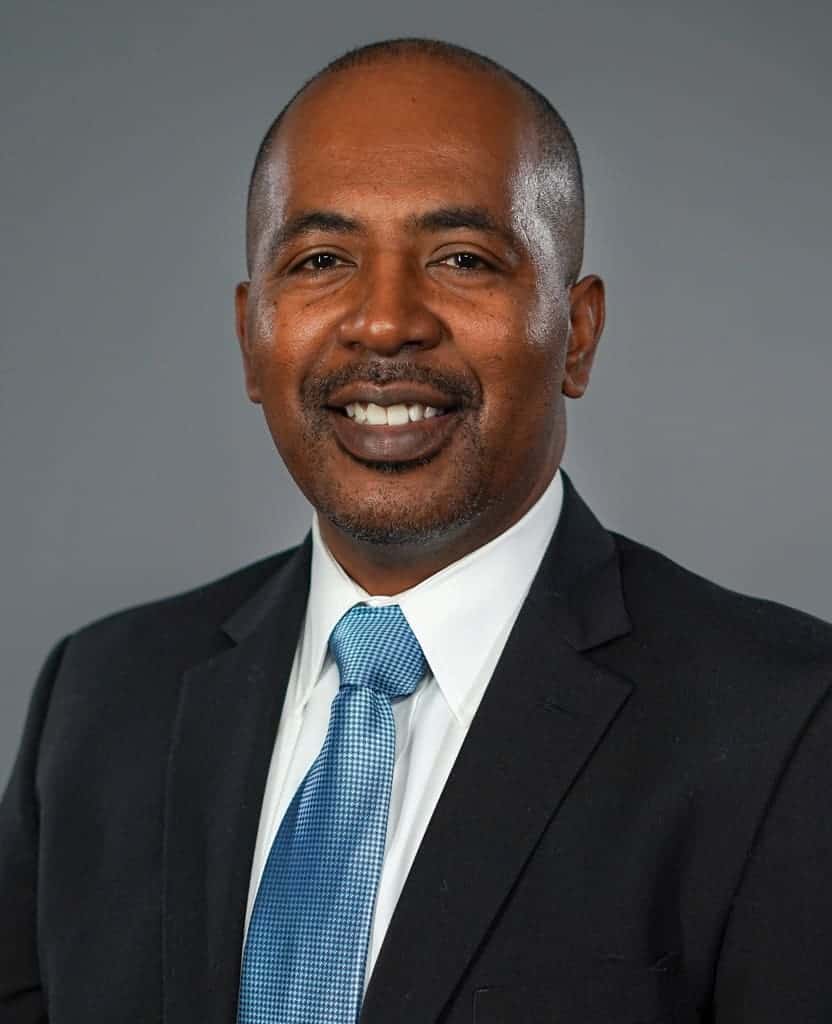 Mr. Crews earned a Bachelor of Science degree in Industrial and Systems Engineering from Ohio University and his MBA from Capital University where he graduated with top honors. He has attended executive leadership courses at Carnegie Mellon University, Rice University, Gap International, and the American Gas Association. 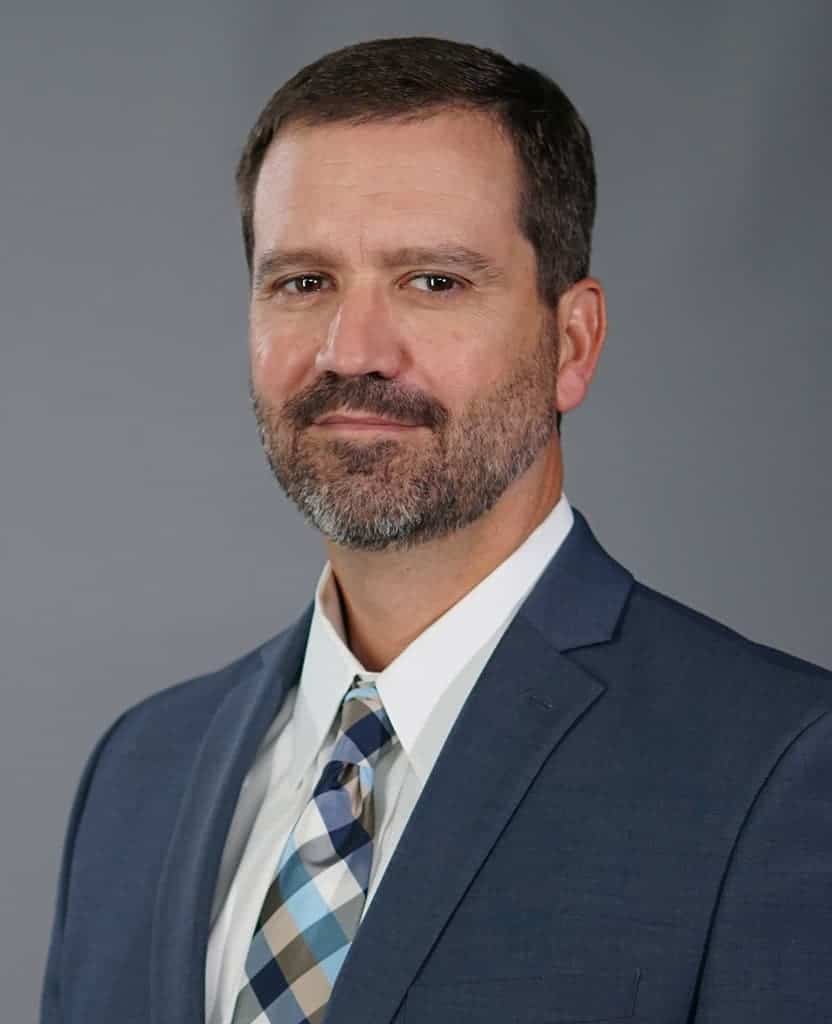 Drew E. Bailey joined Southern Star as Vice President of Finance & Accounting in April of 2022. Prior to joining Southern Star, Mr. Bailey was Vice President of Finance & Accounting for Energy Systems Group, a subsidiary of CenterPoint Energy (Vectren). He also held various financial positions at Vectren, in the areas of Investments, Treasury and Financial Planning & Analysis.

Mr. Bailey received his undergraduate degree and MBA from the University of Southern Indiana. He has served on the board of United Caring Shelters, various finance committees and the school board in Newburgh, Indiana. Jason Sweeney joined Southern Star in June 2020. Jason has served in the energy industry since the 1990s, beginning as a power trader for Shell and Enron. In 2000, Jason moved to Suez to manage the Realtime Operations group, later moving into Business Development to work on power plant acquisitions and pipeline transport deals, as well as greenfield nuclear and LNG exports. In 2012, Jason transitioned into the FERC-regulated interstate pipeline space, when he joined Enable Midstream, to focus on developing their power plant load. Finally, in 2015, Jason moved to Kinder Morgan, where he worked in Business Development for both Tennessee Gas Pipeline and Natural Gas Pipeline of America, covering upstream production, power generation and downstream industrials.

Jason has a BA from Texas A&M University and an MBA from the University of Houston's Bauer College of Business. He also volunteers as the Chairman of the Advisory Board of UH-Bauer's Gutierrez Energy Management Institute.